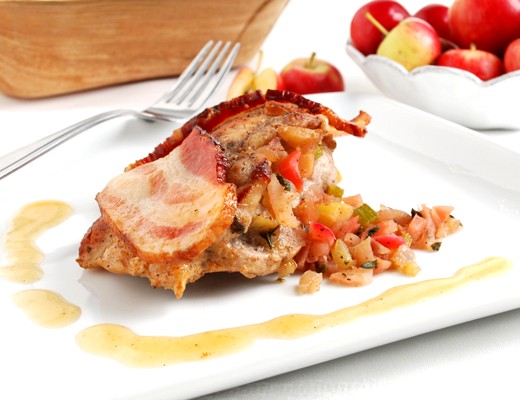 To make the stuffing

To prepare the chops

If desired, you can also make a quick pan sauce from the pork chop drippings. Also, some toasted bread topped with the stuffing makes a nice addition.